Under this trademark we distribute quality tools from the traditional "tool-making city" Remscheid. Since 1890 we produce mainly clamping tools like gripping pliers and hand vises and furthermore tools for plumbers like cleaning cables. Our tools are used in many industries like automobile or aircraft production. These tools help the pofessional industry workers as much as the passionated craftmen.
We specialize in producing tools for:

We produce and distribute precision blades since August 2018. Furthermore we are offering a regrinding-service.

Foundation of Friedrich Wilhelm Daum Machine Factory in the industrial affected city of Remscheid. DAUM was focussing on the production of household aids, garden tools and the trading of general tools.

Extension of the production. Adding hammer mill goods, telegraph parts and products for mining to the product range. During the era of industrialization the production of railway parts became more and more important. Many railroads were built up because the railway evolved into mass transportion. DAUM gets its first important orders from the Royal Prussian Railway. 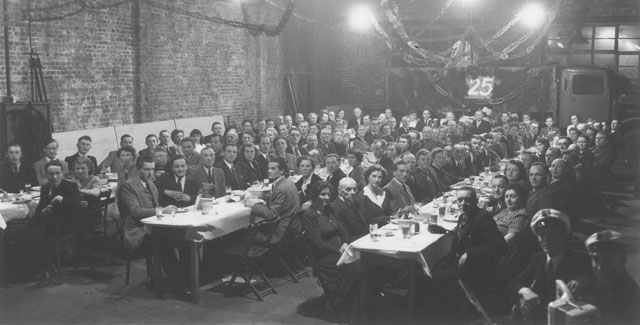 Celebration of the 25th anniversary jubilee.

Extension and building of new production halls. With the beginning of the replacement program for mechanical signal towers by electrical signal towers, DAUM has an important influence to the development of the new systems.

Official promotion to the title of 'Eisenbahnsignal-Bauanstalt'. Nearly complete destruction of the buildings by heavy air strikes during second world war in the night to June, 31st, 1943. Rebuilding of the production halls in the following 2 years.

Adaption of the company name in F. W. Daum GmbH & Co. KG and change of the address of the head office to Fischerstrasse.

We are the market leader in the field of track locking systems. DAUM is certified as Q1-supplier of German Railroad (Deutsche Bahn AG), Top-Level supplier of Siemens® and sells their products to many customers around the world.